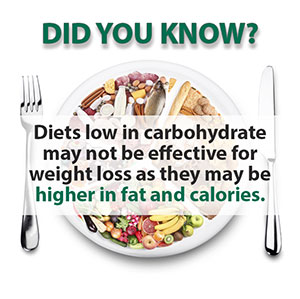 All green plants, such as fruits and vegetables, produce sugar (sucrose) through photosynthesis, a natural process that turns sunlight into energy. Granulated sugar is obtained from sugar cane and sugar beets due to their high sucrose content, and the resulting product is the exact same: pure sucrose. 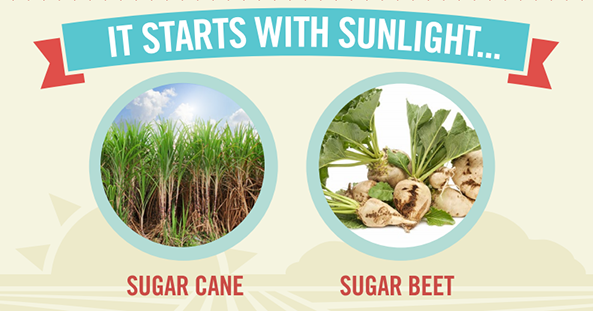 Raw Sugar – Sugar cane is grown and harvested in tropical regions. After harvesting, sugar cane is partially refined into raw sugar at mills operated near the sugar fields. At the mills, the sugar cane is first cut up into small pieces, and then crushed to extract its juice. The juice is clarified by removing most of the impurities (sugar cane fibre and soil, for example). This sugar-rich solution is boiled down to a thick syrup to which tiny "seed" sugar crystals are added and grow to larger crystals of raw sugar. Centrifuges (similar to a washing machine when it reaches the spin cycle) are then used to separate the raw sugar crystals from the syrup (molasses). The remaining raw sugar crystals are either refined in a local refinery or more often, shipped in bulk by sea, to refinery warehouses across the world. In Canada, the major refineries are located in Toronto, Vancouver, and Montreal.

At the refinery - Raw sugar, transported by boat, is covered with a thin coat of molasses, residual plant matter, and particles from shipping and handling. It must undergo purification at a cane sugar refinery before it is safe for human consumption. The first step is to remove the thin coat of molasses and residual matter from the raw sugar crystals. This is accomplished by blending the raw sugar in a hot syrup and then spinning off the dark brown syrup (molasses) from the sugar in high-speed centrifuges (like a spinning washing machine). The raw sugar crystals are then dissolved in water and filtered through a mechanical ‘strainer’ to remove the remaining suspended solids and colour. The result is a pure, colourless syrup composed of sugar and water.

The sugar syrup is concentrated through evaporation (boiling under vacuum) and tiny "seed" crystals are added, allowing larger sugar crystals to form. Granulated sugar is obtained by extracting these crystals from the syrup by spinning in centrifuges.

The crystals are dried in a drum (like a laundry dryer) and stored in silos. Prior to packaging, the sugar is sieved through wire mesh with various sizes of holes to separate crystals that correspond to different varieties of sugar (e.g., fine, superfine, coarse).

Cane Sugar Refining By-Products - Much of the water removed from the syrup still contains sugar, so it is pumped back into the system to be used again. Molasses is recycled through the cane sugar refining process an average of four times to remove the maximum amount of sugar from it. Molasses is also used by distillers, bakers and pharmaceutical companies, and can be used in the manufacturing of yeast products.

Beet Harvesting – In Canada, sugar beets are grown, harvested and processed in Taber, Alberta as they require cooler temperatures. The leaves and tops are removed after harvesting, and the growers transport the beet roots that are in good condition to sugar beet receiving stations. The beets are stockpiled outdoors using specialized equipment, where they can be held for up to 175 days awaiting processing. The beets are then transported by truck to the sugar beet processing plant.

Beet Preparation - The beets are carried into the factory in a water flume. Rocks and weeds are removed prior to the beets being washed. The roots of the washed beets are then sliced into thin noodle-like strips called cossettes, which are sent to the extraction system.

Sugar Extraction and Purification - The cossettes are soaked with hot water to obtain the sugar juice. The juice is first purified by precipitating the impurities using lime and carbon dioxide, which are removed through filtration.

The purified juice is concentrated by boiling under vacuum to remove much of the water through evaporation, resulting in a thick sugar syrup. Sugar is crystallized from the concentrated solution, then spun in centrifuges to separate the pure sugar crystals from the syrup.  The crystals are then dried and stored in silos until packaged or shipped in bulk to customers.

Sugar Beet Processing By-Products – Like sugar cane refining, much of the removed water still contains sugar, so it is pumped back into the system to be used again. Molasses is recycled through the sugar beet processing cycle an average of four times to remove the maximum amount of sugar from it. Molasses is also used by distillers, bakers and pharmaceutical companies, and can be used in the manufacturing of yeast products.

Many of the other leftover sugar beet materials are recycled and reused. The leaves and tops of sugar beets are removed after harvesting and used as livestock feed. Molasses is added to sugar beet residue (also called “beet pulp”), and is used to produce a highly nutritious animal feed; sugar beet residue can also be further processed for use as fibre or other products.

For more information, additional resources include: