New WHO Draft Guidelines and Research on Carbohydrate Quality 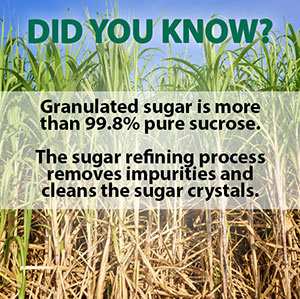 There are currently different formats of FOP labelling adopted in Canada as well as around the world. Some use informative schemes highlighting specific nutrients (e.g. Facts Up Front), while others use interpretive schemes based on established rating criteria or algorithms (e.g. Traffic Light Labelling in the UK, Health Star Rating in Australia and New Zealand). Global consensus has not been reached on the most effective FOP system, and research continues to be conducted in this field.

To further the discussion, these are  three recent publications from Canada, the United States and Australia that explored the effectiveness of several FOP schemes in achieving their intended purpose.

OBJECTIVES: To model the potential impact of avoiding foods with red traffic lights on the label on the energy, total fat, saturated fat, sodium, and sugars intakes of Canadian adults.

METHODS: Canadian adults aged 19 and older (n = 19,915) who responded to the Canadian Community Health Survey (CCHS), Cycle 2.2. The nutrient levels in foods consumed by Canadians in CCHS were profiled using the United Kingdom's criteria for traffic light labelling. Whenever possible, foods assigned a red traffic light for one or more of the profiled nutrients were replaced with a similar food currently sold in Canada, with nutrient levels not assigned any red traffic lights. Average intakes of calories, total fat, saturated fat, sodium, and sugars under the traffic light scenario were compared with actual intakes of calories and these nutrients (baseline) reported in CCHS.

CONCLUSION: Governments and policy makers should consider the adoption of traffic light labelling as a population level intervention to improve dietary intakes and chronic disease risk.

SETTING: The study took place in a laboratory grocery aisle.

OBJECTIVE: We aimed to evaluate the effects of 2 interpretive nutrition labels compared with a noninterpretive label on consumer food purchases.

CONCLUSIONS: At the relatively low level of use observed in this trial, interpretive nutrition labels had no significant effect on food purchases. However, shoppers who used interpretive labels found them to be significantly more useful and easy to understand, and compared with frequent Nutrition Information Panel users, frequent Traffic Light Labels and Health Star Rating label users had significantly healthier food purchases. This trial was registered at the Australian New Zealand Clinical Trials Registry as ACTRN12614000644662.